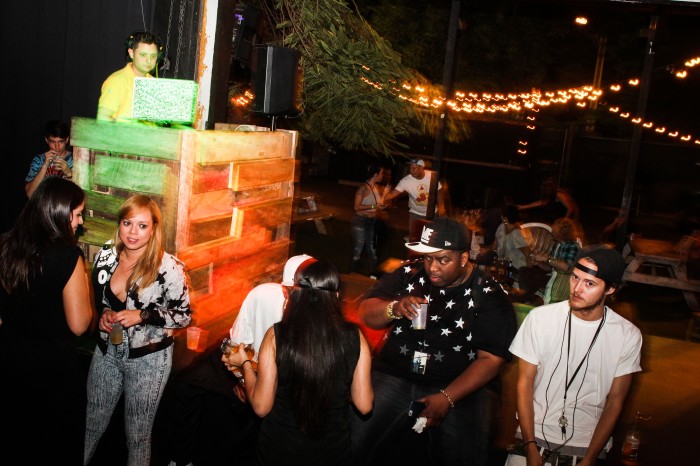 The venue nestled next to mini soccer fields that had games and lights well past when I left at 1:20.  With a burger stand and picnic tables along with a ton of outdoor space this felt like the type of local hangout that could attract some of Miami’s finest.
True to expectation I collided with some of my all time industry favorites Codes and Durkin, and even got to meet one of the greatest turntablists of all time: Craze.

The music started with Spankrock dropping some RnB joints off his laptop which was an honest highlight. You can tell this dude is OG he played thoia thoing by R Kelly into new Kendrick and had the place vibing right away. Spank is super down to earth and not at all like who I imagined a crazy party nut jumping on bars and spraying booze everywhere. He also was doing the round lenses long before K Camp and that fool needs to get off SR’s nuts.  He’s been working with Boyz Noize and Amanda Blank peep game.

Next I saw Kid Kamillion take over the decks. It was cool to see him cause he DJs on an MPD which is cool and also he was a heavy hitter in the Moombahton scene I was involved with in my past life as a member of Tranquilizerz.  I was glad he played a little tropical set that felt fresh and not dated.  Watch out for this one 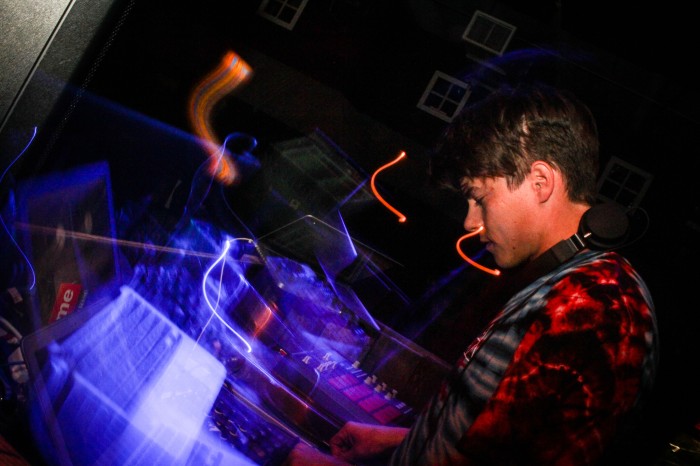 The last performance I saw was Nick Catchdubs.  This is a big deal for me also because he is one of the first DJs I ever listened to and if you don’t know “radio friendly unit shifter” it is the DEFINITIVE 90s mixtape and I had it in my itunes on repeat for over a year.  He also runs Fool’s Gold with another former DMC champ (along with Craze) and brother of Chromeo frontman A-Trak.  I liked how he played rap songs I hadn’t heard which makes sense since Fool’s Gold tends to find underexposed hip hop and bring it to light. Danny Brown is a good example. 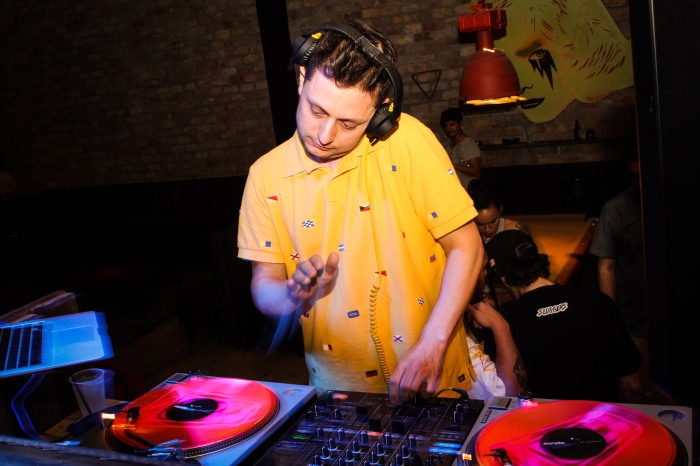 The biggest deal with this event was just the lack of attitudes and how chill everyone was. Maybe when you think about Miami you think about coked out aggressive fucks but this was not at all the case. Probably had something to do with the fact that a lot of the artists were in from the East Coast and just how big of a ratio it was artists to plebeian.

Click HERE to see all the rest of the pictures with features from Durkin (Boston producer/DJ – Incredible) and Codes (Brooklyn’s own on Slow Roast and super dope).

Posted on March 26, 2015 by Isaac Goldszer in Uncategorized